Most experts recommend vaginal births for women with low-risk pregnancies.  And indeed research shows that vaginal births may have a positive impact on a child’s health and particularly in developing the child’s immune system. In cases of high-risk pregnancies, however, cesarean sections (c-sections) can have life-saving results.

The World Health Organization recommends a c-section rate of between 10% and 15%. According to WHO, there is limited evidence showing that c-section rates above 15% have positive birth outcomes.

According to one study, pregnant women who were exposed to a restricted and uncomforting environment were more likely to have c-sections than those exposed to a friendly and comfortable birth environment. Primarily, most women give birth either in their homes, in birth centers or more commonly, in hospitals. However, numerous studies have shown that women who give birth in homes and birth centers have more positive experiences than those who give birth in hospitals.

As a matter of fact, many naturalists have criticized hospitals for playing a leading role in diminishing the perception of childbirth as a powerful and natural event and replacing it with the perception of childbirth as a medical procedure. It is no wonder then, that birth environments are receiving more attention. Below are some common trends in the birth environment. While some are relatively new, others have existed for decades and are making a steady comeback.

1. The Rise of Birth Centers

Alternative birthing centers, simply known as birth centers emerged decades ago. However, since 2007, they have grown in popularity. In 2015, there were 313 birth centers in the United States. Approximately 113 had opened between 2010 and 2015. While the annual number of births in the United States between 2007 and 2015 fell by10%, the number of annual births in birthing centers had increased by 56% to an estimated 16,000 within the same period indicating an increase in popularity.

Birthing centers offer a birth environment that is low-tech, safe and comfortable for vaginal childbirth. They are deemed safer than childbirth at home (particularly if problems come up). Birth centers often have amenities such as bathtubs, bathrooms, comfortable beds, music and soothing decors in their birth environment. Furthermore, they are considered more comfortable and more natural than hospitals.

Birth centers feature minimal medical intervention; nurses and midwives rather than obstetricians, cater to expectant and new mothers. It is worth noting that one of the most important viewpoints in midwifery is that childbirth is a natural occurrence and not a medical event. Midwives are therefore trained adequately to care for expectant mothers who have healthy and low –risk pregnancies.

Despite the common policy of minimal medical intervention, some birth centers have support materials such as IVs, oxygen, medication and even resuscitation equipment for infants on standby in case of an emergency. Others are located near hospitals while others are even housed within the hospitals themselves.

Birth centers are also growing in popularity because they are more affordable than hospitals and many a time, offer a faster check out (between 12 and 24 hours after delivery). Research has also established that midwife-led maternity care resulted in lower rates of drug-induced labor, vaginal tearing, and even episiotomies. 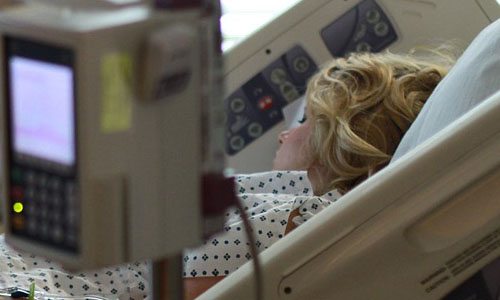 More hospitals and birth centers are coming to the realization that space and privacy are of absolute importance to expectant mothers. More hospitals are favoring maternity wards for individuals. Even in cases where it is not entirely possible to have every expectant woman deliver in her room, hospitals are implementing several measures to ensure privacy.

Studies have shown that expectant women are more comfortable when they have ample space to move around and also when they have facilities that they do not have to share with anyone else. However, it is important to note that privacy is not really about social isolation of the expectant mother but rather about allowing the expectant mother to have more control over any interpersonal relationships taking place within the birth environment.

Some hospitals have considered creating private paths for expectant mothers so as to keep away other patients, visitors, and even unnecessary staff who may trigger anxiety and stress in the patient. Other hospitals have made their birthing rooms sound proof so as to ensure that expectant women can make noise during labor without having to worry that other people may overhear them.

Sound proof rooms also keep away other forms of potentially stressing noise from the surroundings. Other hospitals have even gone as far as providing ample space for family members and friends to visit the expectant mother and even share meals either before birth or even postpartum.

Ability to Personify Space and Make it Homely

Many a time, expectant women have reported experiencing contractions at home only for the contractions to disappear once they get to the hospital. According to experts, the unfamiliarity of the hospital maternity ward is often to blame.

To curb this, some hospitals and clinics have started incorporating more welcoming and homely features into their birthing rooms. This includes measures such as the installation of comfortable furniture, artwork, cupboards and drawers for the expectant mothers’ belongings and even through relaxing and vibrant color schemes. Some hospitals also provide the option for pregnant women to control what they watch and even the music they listen to while in labor.

Ability to Control Temperature and Lighting

More hospitals are recognizing the fact that temperature and lighting play a major role in creating a healthy/enabling birth environment. For example, an expectant mother may experience stress and anxiety if the room is too hot or too cold. Similarly, some women would prefer giving birth in a dark room while others would prefer a well-lit room.

There is ample evidence to suggest that natural light compliments the bio-rhythms of the body; light can also stimulate or dampen one’s mood. In recognition of the difference in preferences among women, some hospitals have implemented strategies that allow expectant mothers to control lighting and even temperature so as to keep them more relaxed.

Hospitals and clinics have often centered the designs of their birthing rooms on the bed. While the bed is an important part of the birth environment, evidence suggests that expectant women may need other forms of material support. In fact, some studies suggest that most expectant women do not make use of the bed when other alternatives are offered.

Modern birthing room designs now feature some or most of these alternatives. Types of support material known to enhance the birth environment include; mantles for women to lean on while standing, cushioned benches along the wall, bean bags, pulling ropes, floor mattresses and even balls.

Ability To Connect With Nature

Over the years, studies have suggested that human beings derive numerous physiological and psychological benefits from engaging with nature. Modern birthing room designs are therefore paying more attention to the role of nature in relaxing expectant women.

Some hospitals feature large windows with views of beautiful sceneries. Other hospitals are designing their birthing rooms in such a way that expectant women or new mothers can easily access courtyards and gardens.

3. The Re-emergence of Doulas

A doula is a Greek word that loosely translates to “a woman’s servant.” Doulas have helped care for expectant women for centuries, and they are now making a come-back. In New York, for example, there are approximately 400 doulas; what’s more, doulas are present in the birth environment of at least 5,600 births annually in New York City.

Doulas are professionally trained to provide expectant women with the emotional, physical and even educational support needed in childbirth. In most cases, doulas are synonymous with labor support companions or birth/labor assistants.

Although doulas have adequate knowledge of the medical aspects of labor and delivery, they do not provide medical care. However, they can help expectant women understand medical procedures and even the complications that may come with the pregnancy or in delivery. Doulas also train expectant mothers on breathing and relaxation techniques as well as the different positions for labor. Simply put, doulas help provide comfort and reassurance to expectant mothers.

Research suggests that when doulas are part of the birth team, the overall cesarean rate reduces by 50% while the length of labor reduces by 25%. In addition to that, the use of doulas is associated with a 40% reduction in the use of oxytocin and a 60% reduction in requests for epidurals. 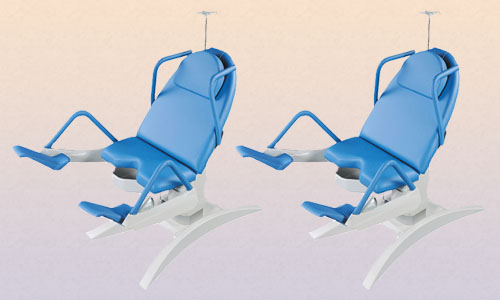 The birth environment is more than the physical attributes; it is also about the physiological and psychological environment of the expectant woman. Proponents of natural childbirth favor non-medicinal pain relief methods to help expectant women relax during the delivery process.

Hypnosis, for example, is a process that is gradually gaining a foothold in the birth environments of expectant women in the United States. Expectant women are taught to hypnotize themselves while in labor through techniques such as deep breathing, visualization or in some cases, special hypnosis scripts. In addition to that, expectant women are encouraged to develop more positive perceptions and even a more positive way of talking about labor and the birth process.

Hypnosis allows expectant women to relax subsequently preventing the production of hormones that cause pain by causing the body to fight the birth process.

Hydrotherapy during the delivery process is also trending in the United States. In fact, the birth environment of many hospitals and birth centers now includes whirlpool baths. Hydrotherapy uses warm/hot water to achieve therapeutic results.

Warm water is known to raise the temperature of the body subsequently improving the circulation of blood in the body. This may help reduce the blood pressure of expectant women and may even eliminate the risk of fluid retention and swelling.

Research has also established that hydrotherapy can help in bringing about a shorter labor through facilitating the dilation of the cervix. Hydrotherapy also offers increased comfort for the expectant woman.